DBC Pierre’s Release the Bats, Writing Your Way Out of It offers solid advice for content writers.

One of my ‘someday’ projects is writing a novel. But you know how it goes with projects that don’t have a deadline. Life gets in the way and they are moved down your to do list. So, the next best thing I arrive at is reading books about the craft of writing.

Stephen King’s ‘On Writing’ is probably one of my favorites. But another less known gem of the genre is DBC Pierre’s Release the Bats, Writing Your Way Out of It. It’s a rather unusual book for aspiring writers. Pierre is the writer of the amazing novels Vernon God Little and Ludmilla’s Broken English, both highly recommended.

What I especially like about this book is that it’s far from academic. You won’t find any hardcoded writing methodologies there, no lengthy descriptions on how to build your story arc or how to develop your characters. Instead, Pierre addresses the typical worries and fears writers (or would-be writers like myself) carry around. Fear of rejection, procrastination, writer’s block…

Now, whether you’re a writer, copywriter, content writer or another kind of content producer, you are probably dealing with those exact same fears. In other words, there’s a lot of solid advice in DBC Pierre’s book that you can easily apply to content writing and content marketing.

So, without further ado: here are five things that ‘Release the Bats, Writing Your Way Out of It’ has taught me about content creation.

1/ What would you write if you weren’t scared? Write that.

A lot of companies find it hard to break through the noise with their content marketing. But maybe that’s because they are exactly doing what everybody else is doing. If you want to stand out, you will have to take risks.

That’s exactly what DBC Pierre stresses in the above quote. Do something that really scares you. Take risks. That may be following a marketing approach that nobody else in your field has thought of. Or a campaign that does not guarantee a successful outcome.

Nike’s 2018 Just Do It ad featuring Colin Kaepernick is a good example of that. Kaepernick was the National Football League athlete who protested against racial injustice and decided to kneel rather than stand for the national anthem. No matter what you think of the #TakeAKnee debate, Nike’s decision to feature Kaepernick in its campaign was risky, because the ad drew a clear line between supporters and opponents.

Telling a personal story is what I find scary too, although it’s probably one of the best ways to make a connection with your audience. If you talk about your own experiences, people will appreciate your openness and honesty.

It may be easier for smaller companies, or one-man bands like mine, to bring a personal message. But even big corporations can make a personal connection, just by showing how their customers are using your products and by not holding anything back. Stimulating employees to talk about the brand on social media is another tactic for bigger companies to get personal.

2/ Punch, don’t aim for the target, aim beyond it.

In ‘Release the Bats’, DBC Pierre also talks about his childhood when he spent time practicing martial arts, in full adornment of his teenage idols Chuck Norris and Bruce Lee. One of the first things he learned was the technique behind all blows in martial arts, and also the one behind breaking objects: ‘don’t aim for the target, aim beyond it’.

In other words, if you want to break a plank or a brick and you aim for the surface your fist will stop there. If you aim behind it, it will keep traveling through.

The author talks about applying this martial arts principle in his work. DBC Pierre wants to “punch through” to his work.

What does that mean?

Here’s my two cents. Aiming beyond the target in your work could be going Full Monty. It means fully committing to your message. Don’t half-ass your way out of it. Companies who are not afraid of taking a stand, either in favor or against something, will be heard.

A good example here is Basecamp CEO Jason Fried’s new book “It doesn’t have to be crazy at work.” In the book, Fried is not afraid to take a stand against the many productivity and growth gurus out there who claim you need to get up at 5 am and start your 10-step morning routine. Granted, the book’s message is totally in line with Fried’s company mission of selling project management software, but the author’s charm and to-the-pointness suggest his message is genuine. 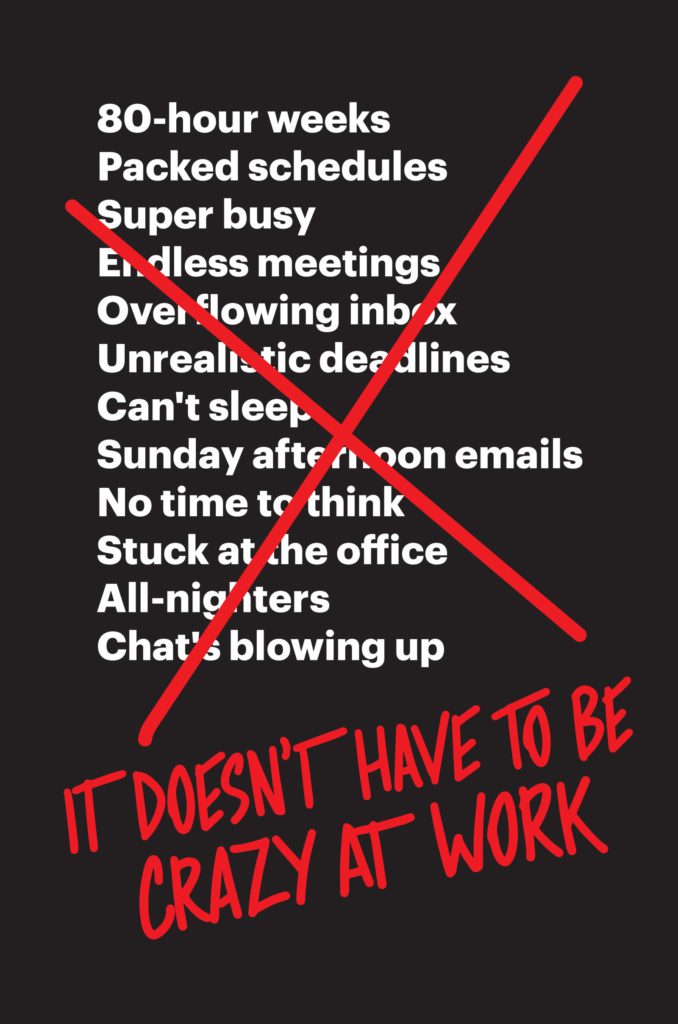 ‘Aiming beyond the target’ to me also means considering your content marketing as part of something bigger.

Why are you doing content marketing anyway? Are you only in it for the numbers? Because you want to attract visitors to your site, convert them into leads, so you’ll be able to show shiny graphics and reports at the end of the quarter?

Or is your content marketing part of something bigger? Does it align with the mission of your company? Is it authentically helping your customers?

Sure, numbers are important. But they go together with a strong message and a genuine conviction that you can improve the life of your customers. Conversely, the brands that have good numbers usually make a strong connection with their customers and actually care about the stuff they are saying. This will shine through in your content.

3/ Thomas Wolfe had to stand naked fondling his genitals in order to write well. Do what you have to do.

This mind bite refers to a chapter about drugs and routines (didn’t I mention how cool this book is?). According to Pierre, these are two important ways that writers follow to train their muses and stay productive on a regular basis.

Drugs are not my thing. Coffee, lots of it, is the closest I come to drugs. (But man, I won’t have one day without it.) Routines on the other hand is what I do believe in. Finding a routine can help you get content out more frequently. Personally, I am more focused and productive early in the morning and late at night than any other part of the day, so I’m trying to build my routine to be in front of my laptop during this time of the day.

Content marketing is a needy creature. If you want to be serious about it, you have to show up regularly. If you don’t, those peaks in your Google Analytics report will melt quicker than an ice cream on a hot summer day.

It helps if you find pleasure in the craft of creation.

Ultimately, writing is the only drug, says Pierre. You have to be addicted to the pages. I think he’s right. You have to love to create. I’m not saying you have to be passionate about what you do, because passion is so overrated. But it does help if you find pleasure in the craft of creation.

4/ It’s far easier to improve crap than to originate brilliance.

It’s so hard to create original content sometimes, that even the thought of beginning a new blog post can be exhausting.

There are two things you can do about that. The first option is getting comfortable in your favorite lounge seat, sipping on an Aberlour 12-year single malt, and waiting for the muse to flutter by. (Which I can recommend, but not for content marketing purposes.) Or you can just start writing.

I believe in the second option.

Sure, that blinking cursor on the white screen can be a real pain in the ass. But it does pay off when you hang in there.

We have all learned in school that you first need an idea and then you can put that idea into words. But somehow, it can work the other way around as well. When you start writing anyway, your mind starts to disentangle and ideas start to take shape. I know this sounds a bit Deepak Chopra-ish, but trust me on this one.

Just like putting on your sneakers is the hardest part of running, getting started with a writing job is the toughest bit. But when you push through, you might arrive in a healthy state of flow that sets your writing in motion.

Just like putting on your sneakers is the hardest part of running, getting started with a writing job is the toughest bit.

5/ Editing, cutting and polishing drafts is like preparing a “slow meat stock” – a lot of water boiled down to its essence.

Writing is a process of two different seasons, says Pierre. The first season is the one when you write in a reckless fever. The second one is when you rewrite in a cardigan.

In other words, Pierre advocates a two-stage process where you go all the way first, trying to put all your thoughts on paper without looking behind too much, followed by an intensive editing stage, also called the “carpentry” stage of considered whittling.

For Pierre, the second stage involves scrutinizing every structure, sentence and word over and over again. And he’s not afraid to kill a few darlings along the way and starting over again.

I like what the author is saying, although it’s not always easy to find the time to let your content boil down to its essence. In this ongoing content marketing treadmill we find ourselves in, frequent publishing is a must and we are pushed to get our content out faster and faster.

It’s the age-old quality-quantity discussion, which is probably as old as content marketing itself. If you’re in the quality camp, be prepared to spend time and resources perfecting your content.

Although Pierre claims to have no particular literary education, he provides some damn good advice on writing and creativity. Reading through Release the Bats, it reminds me of how cool my job as a copywriter and content specialist actually is. I may not be a novelist, but that doesn’t mean I can’t aim beyond the target.

Read the book, you’ll love it.